Skip to content
Podcast: The Changing Role of Women

The Changing Role of Women in Transportation

Lillian Borrone, former Eno Board Chair, sits down to talk about the changing role of women in transportation with Diane Woodend Jones, currently serving on Eno’s Board of Directors. Women have made inroads in the transportation sector, and today are still only 15 percent of workers.  This episodes provides a look back over the history of Ms. Borrone’s long career as a trailblazer for women in transportation and how Eno can continue to encourage gender equity in the field. 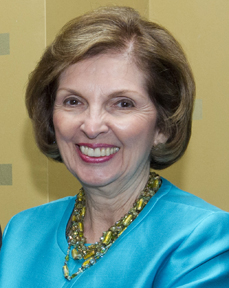 More about the Participants

Lillian Borrone is the former Chair of the Eno Center of Transportation. A well-known transportation industry leader, her professional career has included senior policy and executive positions in both the federal and regional governmental levels and as an advisor to distinguished private sector companies.

Mrs. Borrone retired from the Port Authority of New York and New Jersey as Assistant Executive Director. In that role she provided advice to the Executive Director and Board of Commissioners on an array of issues including international trade and development, real estate acquisition and disposition for maritime, aviation and mixed use development projects and on transportation capital management priorities.

Prior to this position, Mrs. Borrone served for over 12 years as Director of the Port Commerce Department overseeing the New York and New Jersey marine terminals, waterfront and economic development projects, and, international relations responsibilities. During her Port Authority career, Mrs. Borrone also served as Director of Management and Budget, Assistant Director of Aviation and in senior management positions in the Terminals and Rail Transportation Departments.

She also served as a political appointee at the U.S. Department of Transportation as Associate Administrator and then Deputy Administrator of the Federal Transit Administration’s predecessor agency, the Urban Mass Transportation Administration. In 2001, Mrs. Borrone was appointed by President George W. Bush to serve on the United States Commission on Ocean Policy. The Commission’s report, “An Ocean Blueprint for the 21st Century”, was submitted to the Congress and accepted by the President in September 2004. She continues to be an active participant in the Joint Ocean Initiative Steering Committee, a successor entity comprised of U.S. Commission as well as Pew Ocean Commission members and distinguished ocean community leaders.

Mrs. Borrone has received a number of honors and recognitions during her career, including election to the National Academy of Engineering and the National Academy of Public Administration. She graduated from Manhattan College, with a Master of Science in civil engineering/transportation management and holds a Bachelor of Arts degree in political science from American University.

Diane Woodend Jones, AIA, AICP is the Chairman of the Board, Executive Vice President and Principal of Lea+Elliott, Inc. Diane has served in the management of operations and on the firm’s Board of Directors for over two decades. While serving on the Board of Directors, Diane spearheaded and continues to lead the firm’s strategic planning initiatives. During this tenure, the company has grown into an international practice.

Diane serves as a Director on the Eno Board of Directors and as a Trustee on the Mineta Transportation Institute Board. In her recent role as Chair of the Women’s Transportation Seminar’s International Board of Directors, she also managed the organization in the absence of a President/Executive Director. Diane is committed to excellence in corporate governance and is a National Association of Corporate Directors Governance Fellow. Through her active memberships in many philanthropic and professional organizations, Diane is frequently a guest speaker at industry events.

Diane began her career working for the D/FW International Airport Board and later managed a private architectural practice before joining Lea+Elliott, Inc.