The Eno Foundation for Transportation celebrated a half century of service October 19, 1971, with a black tie dinner at Hotel Pierre in New York. The principal speaker was the famous German rocket engineer, Dr. Werner von Braun of the National Aeronautical and Space Administration. The Board of Directors, the Board of Consult­ants and 120 guests were present. Throughout the 1970’s, the Eno Foundation supported the enhancement of transportation knowledge through fellowships and support of programs for the Bureau of Highway Traffic at Pennsylvania State University and Yale University, among others.

“In spite of the many social and private benefits to bicycling, the mere construction of a safe bike-route in a congested urban area may not be enough to divert large numbers of persons from their cars or even to assure reasonable usage of the route.”

Bicycle commuting has played a growing role in the American commute for decades, as seen in Michael Everett’s 1974 article, “Commuter Demand for Bicycle Transportation in the United States“. But while the author concludes that “in spite of the many social and private benefits to bicycling, the mere construction of a safe bike-route in a congested urban area may not be enough to divert large numbers of persons from their cars or even to assure reasonable usage of the route,” today, there is understanding that bike infrastructure both increases ridership and makes bicycling safer.

Everett’s article was written at a time when a series of factors resulted in reduced federal support for bicycling facilities and research and when infrastructure and policy generally favored automobiles. These factors still ring true today, despite urban commuters’ growing appetites for bicycle commuting. The growing availability of shared active transportation options (i.e. docked bikeshare programs and dockless bikes and scooters) and reduced vehicle ownership are both factors that can help to stimulate public interest in expanding bike facilities and networks. This moment presents an opportunity for communities to consider the public health, safety, congestion mitigation, and economic benefits of providing citizens with safe bicycling facilities.

“Legislative intent has indicated that state departments of transportation have shown a strong desire to bring about an emphasis on modes other the well-established and extensively funded highway mode.”

In early 1973, the idea of a multimodal state department of transportation was a novel one. Legislatures were adopting authorizing legislation that cobbled together existing parts of state agencies along with new duties to create what we now recognize as a state DOT. When Professor Norman Ashford of Loughborough University penned the article “The Planning Function in State Departments of Transportation” for Traffic Quarterly, there were nineteen state DOTs established, and more on the way. He spotted a trend among the burgeoning state DOTs where planning capabilities were being established to complement the traditional engineering and construction roles.

The article captures the spirit of the time period—one of excitement, innovation, and wide open policy possibility. The transportation field was in a period of profound change, with the recent establishment of USDOT, formation of state DOTs, public takeovers of public transport, and flush with cash from interstate highway construction. Dr. Ashford expressed hope that the planning office of the state DOTs would have equal status to other functional units and perform both policy and system planning. He had particularly strong faith in the multimodal focus of the new state DOT planning offices: “Legislative intent has indicated that state departments of transportation have shown a strong desire to bring about an emphasis on modes other the well-established and extensively funded highway mode.”

While some of his predictions panned out, many of them proved to be rosy forecasts. One development Professor Ashford could not have foreseen was the establishment of metropolitan planning organizations (MPOs) by the Federal-Aid Highway Act in August of 1973—only eight months after the article was published. The Act stripped state DOTs of their capital planning authority in urban areas; and likely with it Norman Ashford’s vision of holistic, multimodal statewide policy and system planning.

Written by Alex Bond, former Director of the Center for Transportation Leadership at Eno

The Airline Deregulation Act of 1978 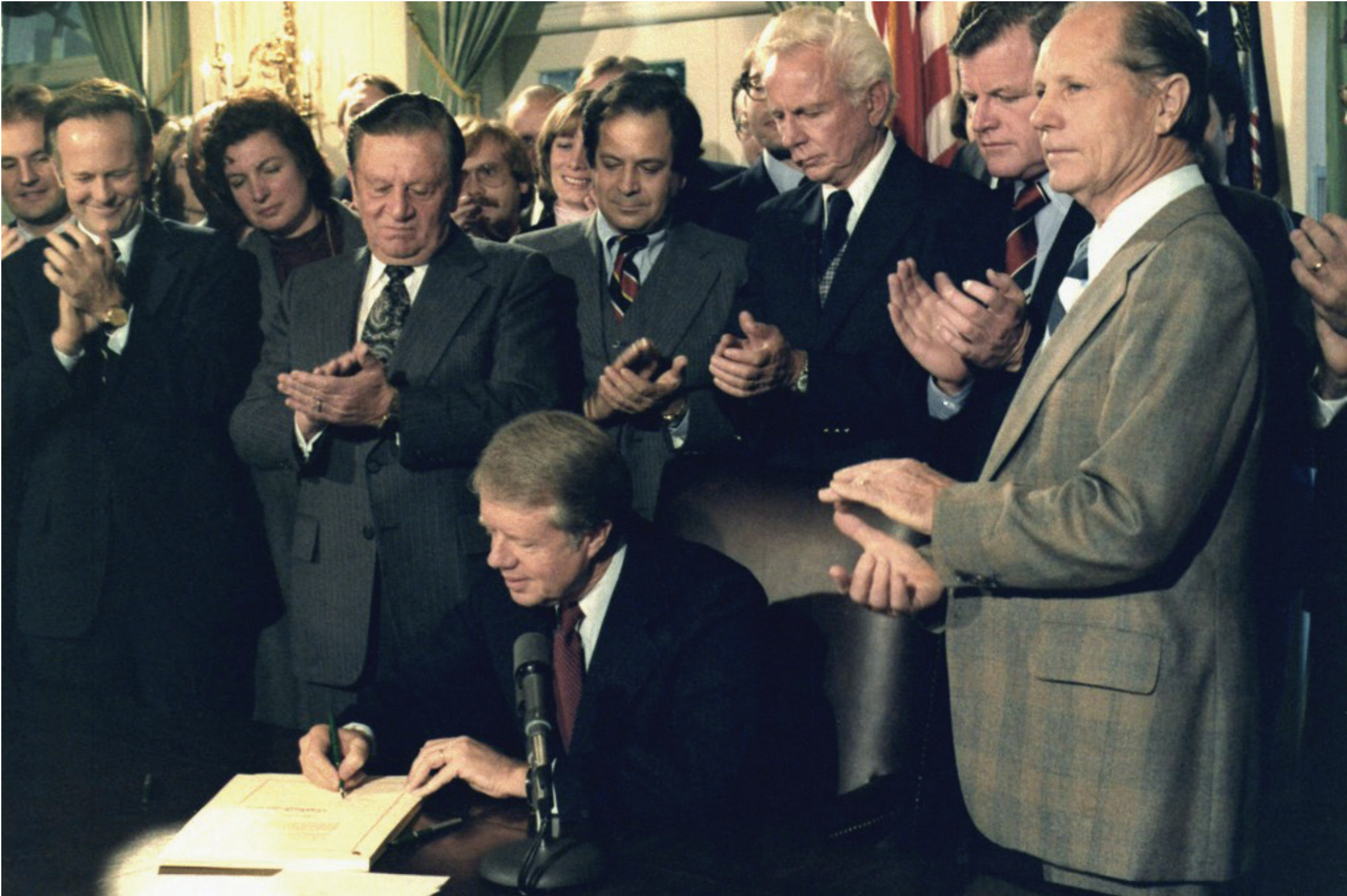 Passed with bipartisan support, the Airline Deregulation Act phased out the Civil Aeronautics Board and immediately lifted restrictions on fares and access to routes. Airlines could now fly where they wanted and charge what the market would bear. Established airlines rushed to gain or preserve access to the most lucrative routes. New airlines quickly formed. Fierce competition resulted and drove fares down. Passengers flocked to airports in record numbers. President Jimmy Carter signed the Airline Deregulation Act into law on October 24, 1978, the first time in U.S. history that an industry was deregulated.

Defining the Success of Modern Airline Deregulation and Competition

Airline ticket prices have declined over 30 percent in real terms since 1979. In 2015 they fell to near historic lows. What has changed in the last decade is the role of new charges on services such as baggage, seat, and flight change fees. On average, ancillary fees account for $25 of the total fare of a round trip ticket or around 6 percent of total ticket price. The airline industry has gradually consolidated. 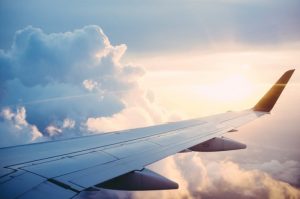 The four largest carriers (American, Delta, United, and Southwest) now fly 76 percent of U.S. domestic passengers. Throughout these decades the number of seats that are available for passenger use have steadily increased. In the two decades following deregulation more than 100 new airlines entered the market. Most of these disappeared quickly, either through merging with larger airlines or through bankruptcy. Between 1979 and 2012 there were 194 airline bankruptcies (although many of those bankruptcies resulted in restructuring and not in dissolution.) Since 2001, the pace of new entries into the market has declined steeply and only one major airline, Virgin America, entered the market.

President Nixon signed into law the Rail Passenger Service Act of 1970 (Public Law 91-518), relieving the nation’s railroads of the requirement that they continue passenger service and creating a new National Railroad Passenger Corporation to carry on that service starting in May 1971. That corporation would later name itself Amtrak.

The Passenger Rail Investment and Improvement Act of 2008 (PRIIA, Public Law 110-432) required Amtrak and the Federal Railroad Administration (FRA) to develop metrics and minimum standards for measuring the performance and service quality of Amtrak service. After a 10-year court battle that made its way to the Supreme Court (twice), FRA published the final rule in December 2020–requiring Amtrak to report metrics on-time performance, customer service, financial, and public benefits metrics.

Fun Fact from the Decade

In 1973, congressional legislation allowed women to serve alongside men on active duty in both the regular Coast Guard and Coast Guard Reserves 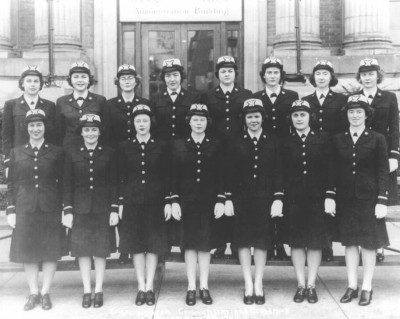 “On January 2, 1974, President Richard M. Nixon signs the Emergency Highway Energy Conservation Act, setting a new national maximum speed limit of 55 miles per hour. Prior to 1974, individual states set speed limits within their boundaries and highway speed limits across the country ranged from 40 mph to 80 mph. The act was intended to force Americans to drive at speeds deemed more fuel-efficient, thereby curbing the U.S. appetite for foreign oil.