In the 1940’s, the Eno Foundation underwent a period of change. Following a highway traffic conference and the passing of Mr. Eno, the Eno Foundation began the publication of a quarterly academic journal called Traffic Quarterly. The publication continued until 1981 and while it was originally envisioned as being “devoted exclusively to the improvement of highway traffic,” the scope of the publication was later expanded to improve transportation in all its aspects.

The Eno Foundation sponsored a highly successful Highway Traffic Conference at the Waldorf Astoria Hotel in New York. It was attended by more than 100 experts in traffic from 12 states, the District of Columbia, and Canada. 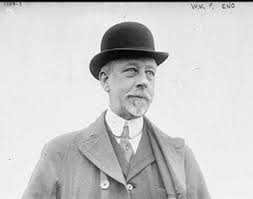 Mr. Eno passed in 1945. On the morning of December 4, 1945, The New York Herald Trib­une reported in a featured story in its obituary section: “William Phelps Eno, who devised the first traffic plans for this city, London and Paris and was head of the Eno Foundation for Highway Traffic Control, which is affiliated with Yale University, died in the Norwalk (Conn.) General Hospital yesterday. He was 87 years old.”

In 1947, John Edgar Hoover, an American law enforcement administrator who served as the first Director of the Federal Bureau of Investigation of the United States, wrote an article in Traffic Quarterly titled “Police Training for Traffic Control.” He stated that “Traffic control because it consists primarily of law enforcement and the protection of life and property; is one of the functions of police agencies. Few would argue that it should be otherwise…When an officer is discourteous in his approach to a violator it is a reflection upon his ability, it shows that he does not understand his responsibilities, and it indicates that his training has been neglected. Since the good will and respect of the public are such vital factors in traffic law enforcement, the importance of public relations training cannot be over-emphasized.”

Millions of people across the country have demanded major transformation of public safety after the killings of George Floyd, Breonna Taylor, and the countless other Black Americans – often unarmed – by the police. Among the most prominent elements of public safety that falls under the jurisdiction of police is traffic enforcement. Given the disproportionate and often violent impact of traffic enforcement on Black and brown communities, major changes to traffic enforcement are needed to create a fairer and more just approach to traffic safety. Read more in this op-ed series by Romic Aevaz on transportation and the police. 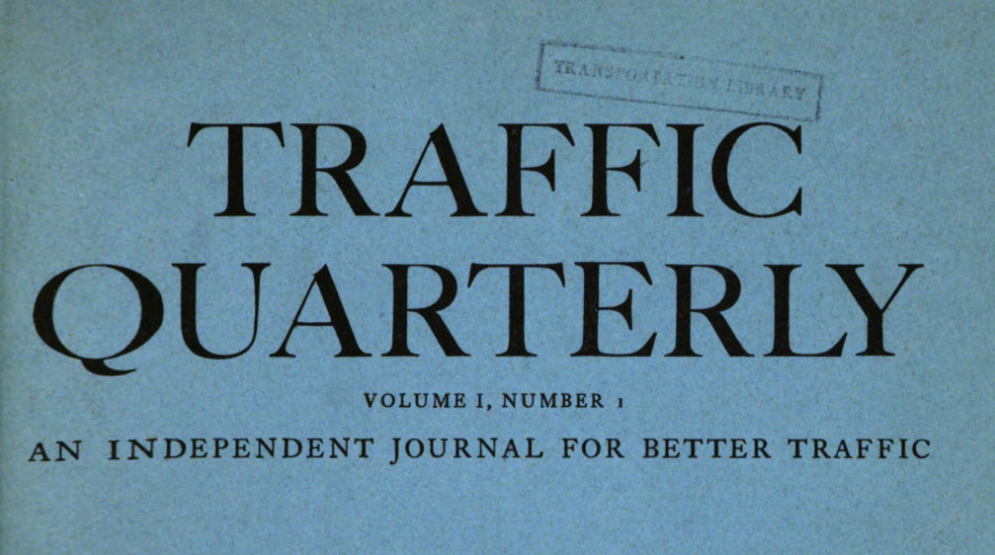 One of Mr. Eno’s dreams was to have a quarterly publication on transportation published by the Foundation. He did not live to see it, but in January 1947 the first issue of Traffic Quarterly was produced, a publication that was a key­stone of the Eno Foundation’s international service in all phases of transportation. The Quarterly’s articles were contributed without compensation and the journal was distributed without charge. The Eno Foundation published Traffic Quarterly from 1947-2003.

In cooperation with HathiTrust, a consortium of research university libraries led by the University of Michigan, back issues of TQ have now been made available to the public over the Internet for the first time.

The 1940s were a period of rapid technological advancement in America. On that account, perhaps, the planners at Greyhound can be forgiven for their optimism when, in 1943, they promised that people would be trading up their bus seat for one on a helicopter bus soon. The plan, reported by the Chicago Daily Tribune, went like this: Greyhound would use the roofs of its already existing bus stations as landing pads for a fleet of ‘copters. Carl Eric Wickman, founder and then-president of Greyhound Lines Inc., told the Tribune that “the new service would be directed from Chicago, operate over the present bus system of 60,000 route miles and serve as a feeder system for established air transportation companies.” They wanted to call it “Greyhound Skyways.”

With a ban on automobile manufacturing from 1942- 1945, automakers became part of the war mobilization effort, making airplane engines, tanks, trucks, munitions, and other war materials. 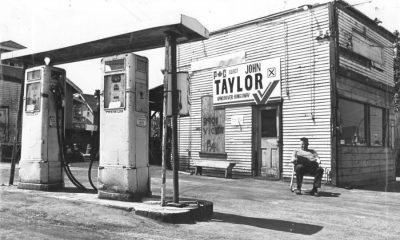 Reefers – refrigerated trucks – changed the entire frozen food industry. As that industry grew after the war, refrigerated modular shipping containers were put on ships, and a new industry was born.