In the 1930’s, William Phelps Eno’s vision of traffic was furthered by the organization’s growth and influence. This decade saw the invention of the Enoscope (a traffic speed measurement tool), the association of Eno with Yale University, and the creation of a new headquarters for the organization. The 1930’s also saw the creation of a federal gas tax and more widespread use of automobiles. 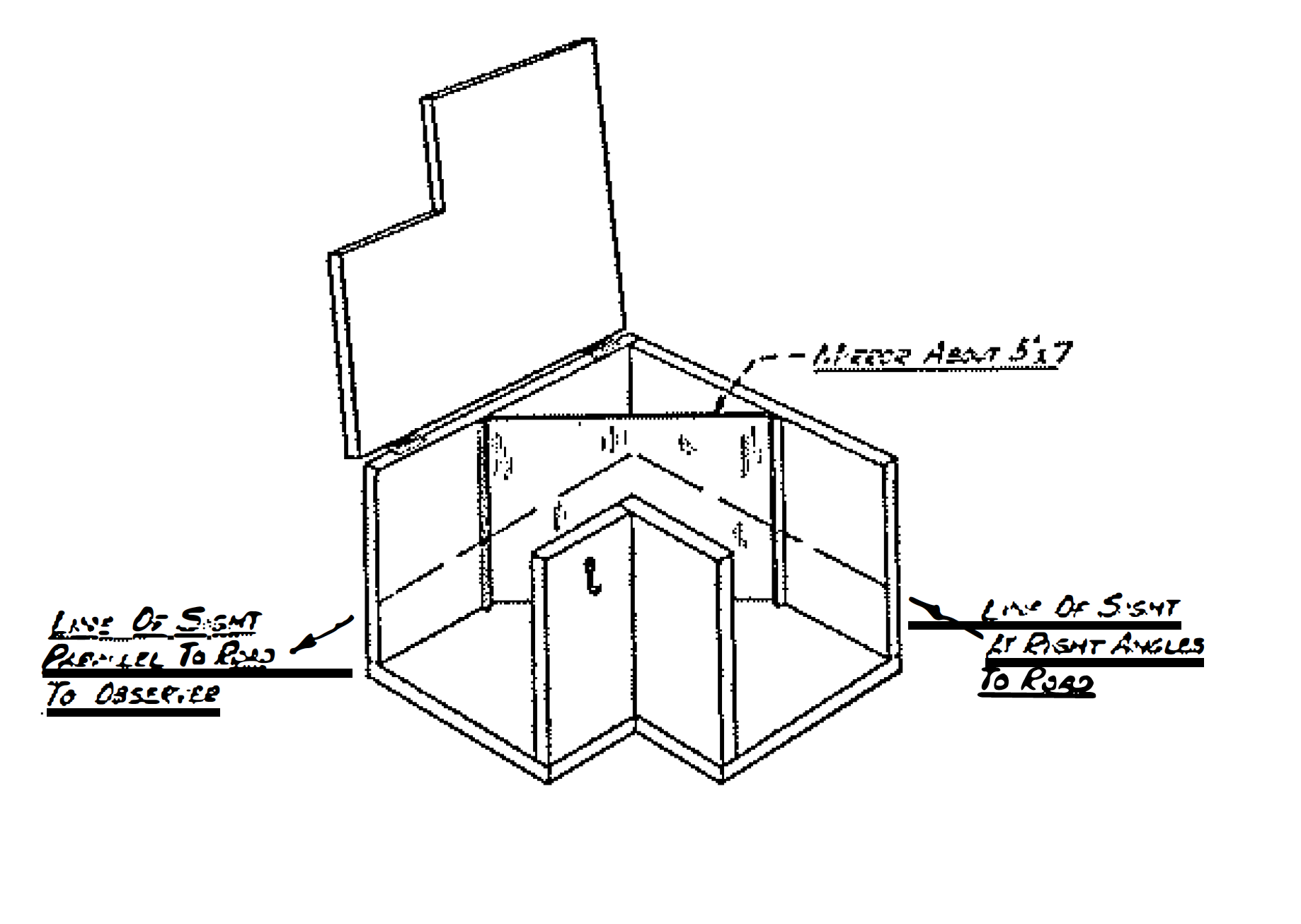 During the summer of 1932, Professor Tilden (the Eno Foundation President at the time) invented a device for measuring the speed of automobiles. The Enoscope, as it was called, was introduced in several states. It consisted of a black L-shaped box with two open sides and a mirror attached across the interior angle. The operator set the scope on a fixed tripod at a measured distance to the spot the car would first pass. When the blip of the moving vehicle registered on the mirror the operator would start his stopwatch. When the car reached the operator’s position he would stop his watch. The elapsed time compared to charted time/distance relation­ships would indicate the miles per hour. The box was a forerunner of today’s use of radar for speed detection and an improvement over the earlier method of placing two policemen at a measured distance apart and connected by telephone. The Enoscope was used in a 1930s speed survey in which more than 45,000 observations were made. Conducted in the state of Con­necticut by the Commission of Vehicular Traffic, it was sponsored by the Transportation Committee of Yale University, Eno Foundation for Highway Traffic Regulation, the U.S. Bureau of Public Roads, and the Connecticut Highway Department.

Route 66 was commissioned in 1926 and fully paved by the late 1930s. It ran from Chicago to Los Angeles, creating connections between hundreds of small towns and providing a trucking route through the Southwest. While not the first long-distance highway, or the most traveled, Route 66 gained fame beyond almost any other road. Dubbed the “Mother Road” by John Steinbeck in The Grapes of Wrath, Route 66 carried hundreds of thousands of Depression-era migrants from the Midwest who went to California hoping for jobs and a better life.

The Origins of the Gas Tax

The Omnibus Budget Reconciliation Act of 1993, signed by President Bill Clinton on August 10, 1993, increased the gas tax by 4.3 cents, bringing the total tax to 18.4 cents per gallon. The increase was entirely for deficit reduction, with none credited to the Highway Trust Fund. However, the Taxpayer Relief Act of 1997, which President Clinton approved on August 5, 1997, redirected the 4.3-cents general fund gas tax increase to the Highway Trust Fund. That is where the gas tax remains today. 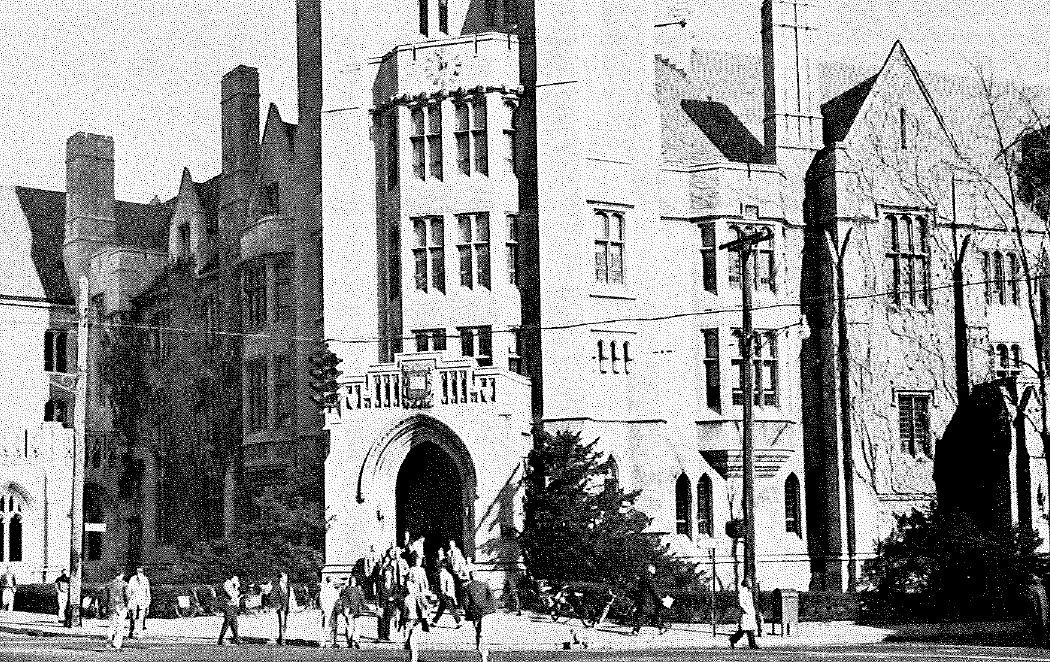 After a long courtship between the institutions, the Eno Foundation became a legally connected associate of Yale in April 1933 without ceremony or fanfare. The University approved a contract of cooperation in furthering purposes and objects of the Foundation. The primary duty of the Foundation was to study and investigate prob­lems of highway traffic regulation and related subjects in association with Yale. The University was to assume no financial responsibility, but was to have an oversight role regarding the Foundation’s finances. And the Founda­tion would bear the clerical costs that Yale might have in the joint arrangements. The Foundation, on the other hand, would retain its autonomy and Mr. Eno reserved the right to rescind or terminate the agreement during his lifetime. 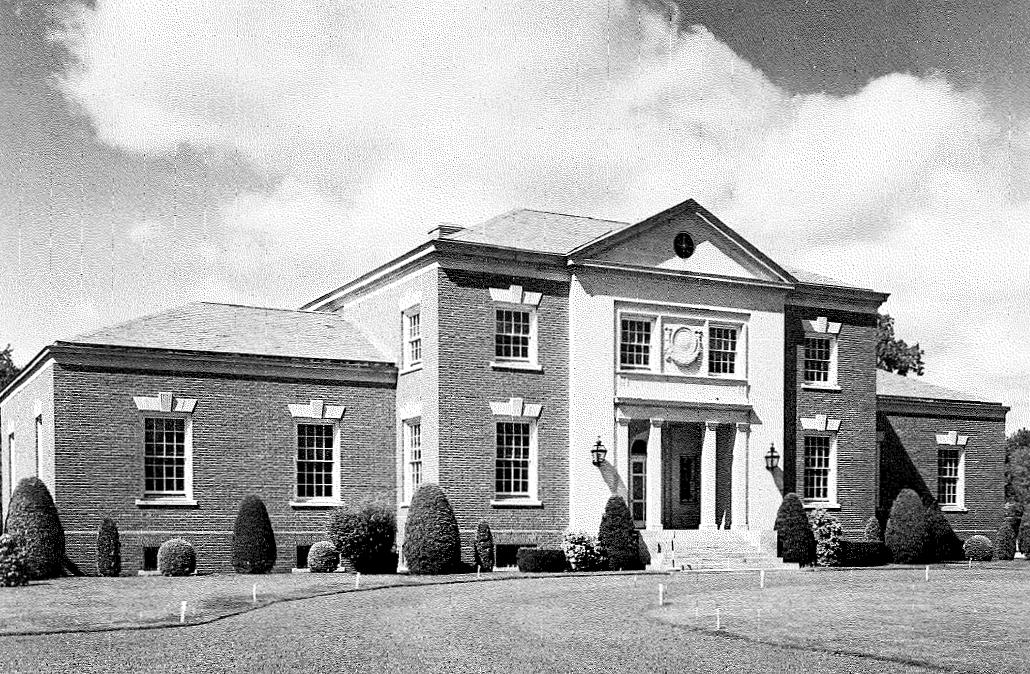 A significant landmark in the Eno history occurred at a special meeting of the Foundation’s Corporate membership on July 18, 1938, when the name was changed from Eno Foundation for Highway Traffic Regulation, Inc., to Eno Foundation for Highway Traffic Control, Inc. While being shortened by two syllables, the name more accu­rately portrayed the broadened scope of the Foundation’s activities and projections. It also was more appropriate to the inscription span­ning the main entrance to the Eno Foundation building: “For Traffic Control.”

The modern London underground map was designed in 1931 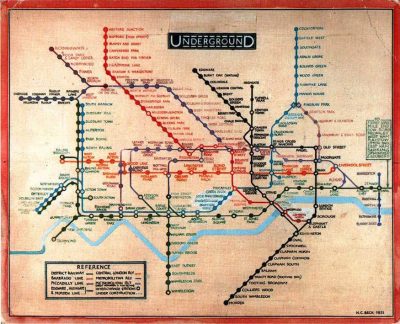 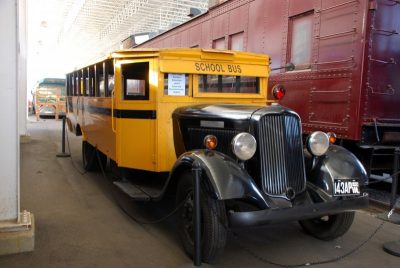