The 1920’s served as the beginning of Eno as an organization. Following the publication of his “Rules of the Road,” William Phelps Eno saw his traffic ideas come to life—from New York City to Paris to London—and officially estab­lished The Eno Foundation for Highway Traffic Regulation to provide an organizational arrangement capable of attracting the participation and thinking of others and to disseminate his ideas. With the creation of the Ford Mobile T and the passing of the 1921 Federal Highway Act, the 1920’s saw the rapid rise of the automobile in America.

At the age of 63, after devoting 22 years of his life to the study of traffic control, Eno could see that the search to improve street traffic circulation would continue to pose many more chal­lenges than one person could address in a lifetime. Thus, he estab­lished the The Eno Foundation for Highway Traffic Regulation, Inc. The organization was established at Eno’s “Judah Rock” estate in Westport, Connecticut. Besides Mr. Eno, the founding board members included Philip Golden Bartlett and David Jay Ely of the law firm of Simpson, Thacher and Bartlett of New York City, which handled the Eno family’s legal affairs. The first annual meeting of the Eno Foundation was held at Mr. Eno’s Saugatuck home on October 10, 1922. During the early years of the Eno Foundation, meetings of its board members were often held in Eno’s Saugatuck, Connecticut home (pictured above). At a special meeting of the Eno Board two months later, the Directors elected their first woman member, Sophie Irene Loeb of New York.

Purposes of the Foundation, as spelled out in the Articles of Association, April 21, 1921, were to:

The Federal Highway Act of 1921

The Federal Highway Act of 1921 required states to designated 7 percent of their total highway mileage (as of the date of enactment) as federal-aid roads and limiting all federal-aid road apportionments to those designated routes.

Today, the direct Federal highway program is an integral part of the overall program of the FHWA. The FHWA has, for a continuous span of 70 years, contributed its highway engineering expertise to the planning, location, design and construction of highways and parkways in the federal domain for other governmental agencies.

“In the 1920’s, trains and ocean liners were the dominant mass transportation methods, providing comfortable, reliable transport to millions of American vacationers. Trains had opened up the continent and ships the world, but newer methods of transport captured the imagination of the public and reduced travel times.” 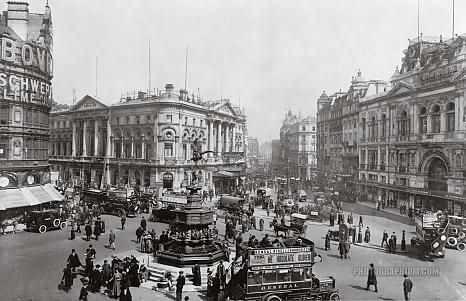 London adopted the Eno gyratory system for the city’s famous Piccadilly Circus, a road junction and public space of London’s West End in the City of Westminster in 1926. When Sir Henry Maybury, Consulting Engineer of the City’s Ministry of Transport, notified Mr. Eno about the initiation of the one-way circular traffic movement he called it “the roundabout.” While it is no longer a roundabout today, it was a key moment for Eno’s ideas regarding traffic and roadway design coming to life.

Throughout the 1920’s, gasoline taxes were quickly adopted by states across the country. It was two freshmen state representatives in Oregon who wrote the first law levying an excise tax on gasoline in order to pay for increased road construction. Three other states quickly followed Oregon’s lead in enacting a gasoline tax during 1919 (New Mexico, Colorado, and North Dakota), some so quickly that it is doubtful that they were inspired directly by Oregon’s example. As the graphic below shows, once Oregon made the leap, states were quick to tax gasoline – all 48 had adopted some sort of gas tax within a decade.

Learn More about the Gasoline Tax 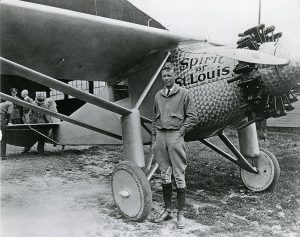 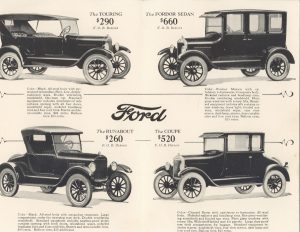